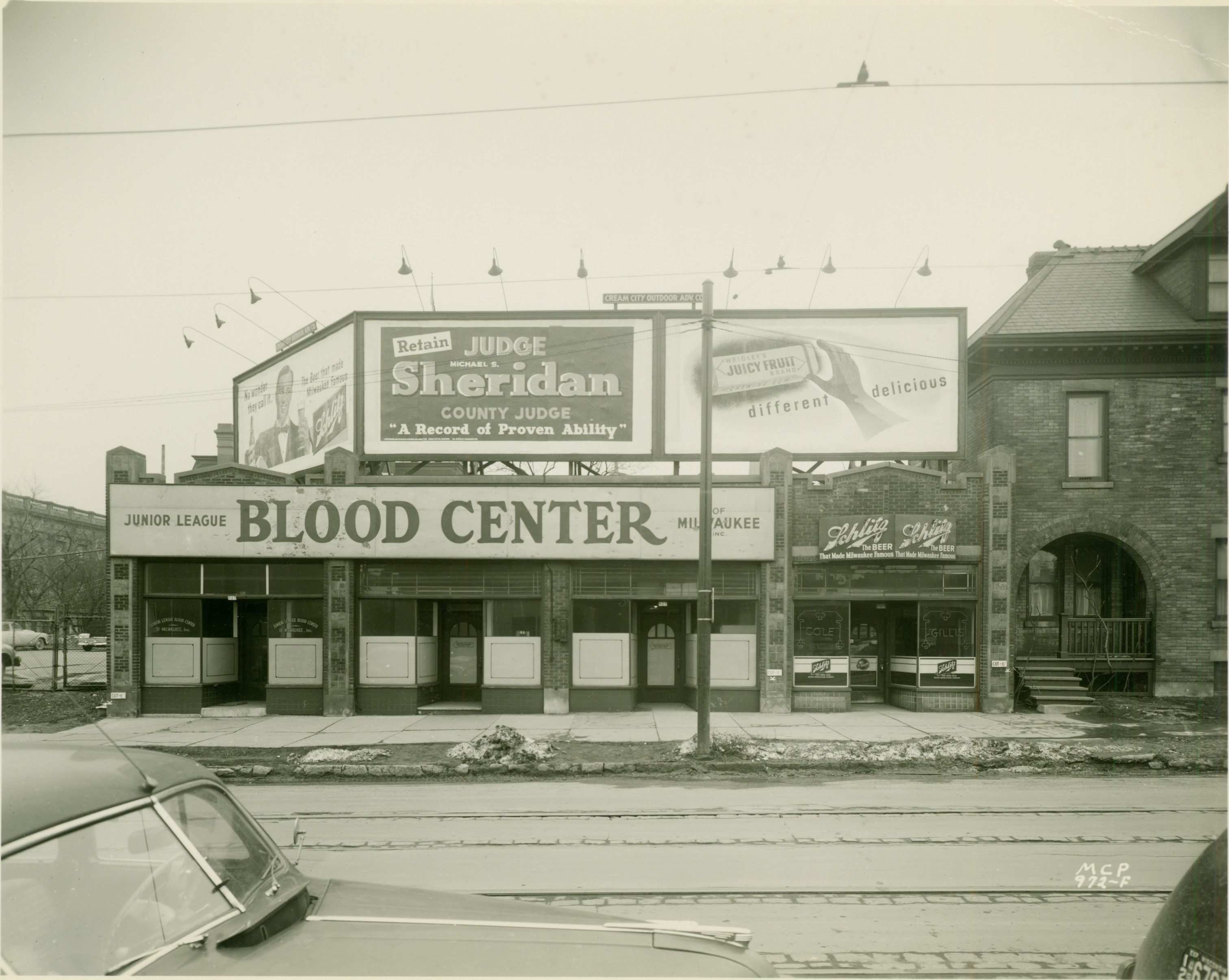 In 1947, the Junior League of Milwaukee founded a blood center to deliver blood from donors to patients.[1] By 2012, the BloodCenter of Wisconsin annually provided more than 300,000 units of blood to medical centers in 29 counties.[2] It also investigates health treatments and conducts scientific research. For example, in collaboration with other research centers, Blood Center staff discovered a rare blood group phenotype (1961), completed the first bone marrow transplant for aplastic anemia using non-related donors (1981), and produced the first treatment for Protein C-deficient infants (1983).[3] In 2019, the BloodCenter of Wisconsin affiliated with a nonprofit organization that owns blood centers in several Midwestern states and rebranded all of them under the name Versiti.[4]

Sever, Lowell E. “ABO Hemolytic Disease of the Newborn; An Analysis of a Series of Cases from the Milwaukee Blood Center.” M.A. Thesis, University of Wisconsin-Milwaukee, 1968.