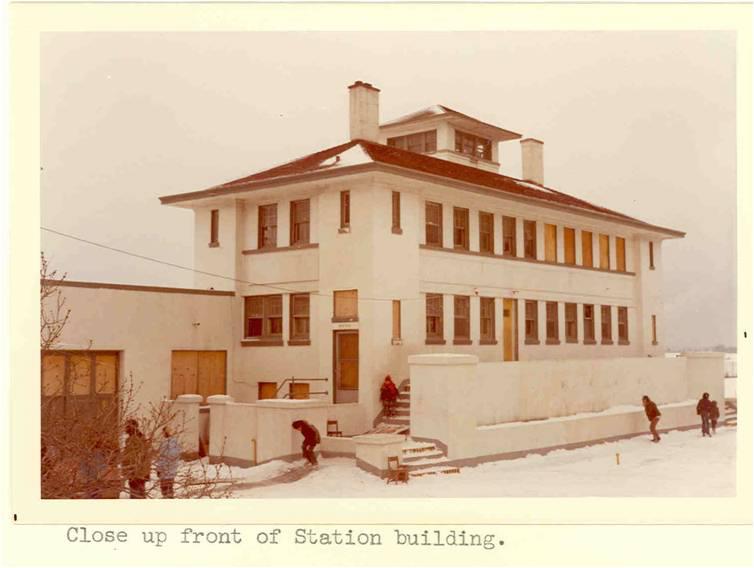 On August 14, 1971, Native American activists in Milwaukee staged a takeover of an abandoned Coast Guard station along the lakefront (at 1600 N. Lincoln Memorial Drive). Inspired by the Alcatraz occupation of 1969, these local members of the American Indian Movement (AIM) demanded, according to the Treaty of Fort Laramie in 1868, that abandoned federal property should revert to the control of the original inhabitants, in this case Native peoples of Milwaukee. Unlike the experiences of those at Alcatraz, though, AIM protestors actually retained possession of the land, which became the site of the first Indian Community School until 1980.[1]

The American Indian Movement was founded in 1968 by Dennis Banks, Clyde Bellecourt, and Eddie Benton-Banai in Minneapolis, largely in response to police discrimination, housing and unemployment concerns, and a long history of historical trauma at the hands of the government.[2] In particular, AIM harnessed the frustrations and motivations of Native peoples who had been removed from the reservation and placed within large cities as part of the federal policy of relocation during the 1950s-1960s. Urban Indians oftentimes lacked the financial and social support necessary to thrive in those conditions. In contrast, AIM offered urban Indians a sense of community and belonging as well as a platform for activism and militancy. Following the Alcatraz occupation, AIM emerged as the leading organization for Native American civil and political rights during the 1970s-1980s.

AIM opened its Milwaukee chapter in 1968, established primarily by Herb Powless (Oneida) and Jerome Starr (Ojibwe).[3] This AIM branch represented a broad cross-section of Native Milwaukee, including local Oneida, Ho-Chunk, Ojibwe, Stockbridge-Munsee, Brothertown, Potawatomi, and Menominee peoples, as well as non-Wisconsin groups like the Lakota, First Nations, Cherokee, and others. The main concerns for Milwaukee AIM were urban housing, the need for educational and cultural services, and the appropriation of indigenous identities and cultures by non-Indians. To draw attention to those issues, these Native activists occupied the Coast Guard station in 1971, organized a demonstration outside the Milwaukee Public Museum in 1972, and marched through downtown in support of AIM’s takeover of Wounded Knee, South Dakota in 1973.[4] Local AIM members also engaged in civil disobedience outside of Milwaukee, most notably on the Lac Courte Oreilles reservation in 1971 as part of the Winter Dam protests and at the town of Gresham, Wisconsin in support of the Menominee who occupied the Alexian Brothers Novitiate in 1975.[5]

While AIM proved successful at the national level in advocating for Native American civil and political rights, the Milwaukee chapter left its own indelible imprint upon the city. For instance, AIM’s Indian Community School provided—and still provides—Native Milwaukee with an educational and social institution that promotes indigenous curriculums and cultural programming. In addition, AIM served as a grassroots organization that unified urban Indians despite the dislocation and trauma of federal policies. On account of such activism, Native peoples transformed Milwaukee into a home for indigenous communities and cultures today.

Smith, Paul Chaat, and Robert Allen Warrior. Like a Hurricane: The Indian Movement from Alcatraz to Wounded Knee. New York: The New Press, 1996.