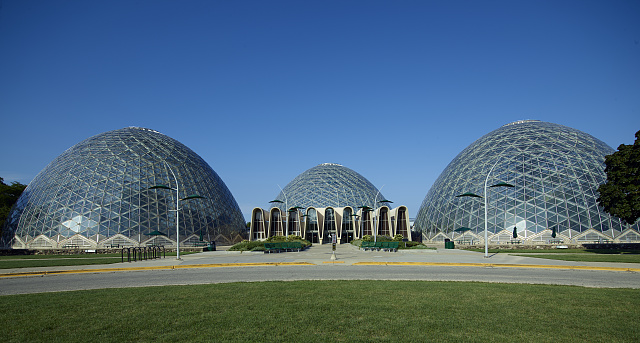 The Domes are considered by many to be the gem of Milwaukee’s nationally recognized parks system. The current structures were preceded by a glass-encased conservatory built by the City Park Commission in 1898 on land purchased from the Mitchell family.[1] It was replaced sixty-one years later with a new facility designed by local architect Donald L. Grieb.[2] The new design included three domes: the desert (or arid), the tropical, and the “show” dome featuring seasonal plants and special exhibitions.[3] First Lady “Lady Bird” Johnson dedicated the seasonal dome in September of 1965, while the tropical dome opened in 1966 and the arid in 1967.[4] The construction of the Domes coincided with a larger city revitalization scheme that included the creation of the Milwaukee County Zoo and the relocation of the Milwaukee Public Museum.[5] 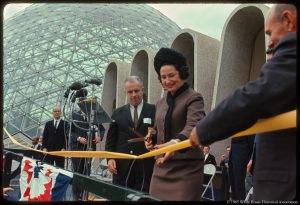