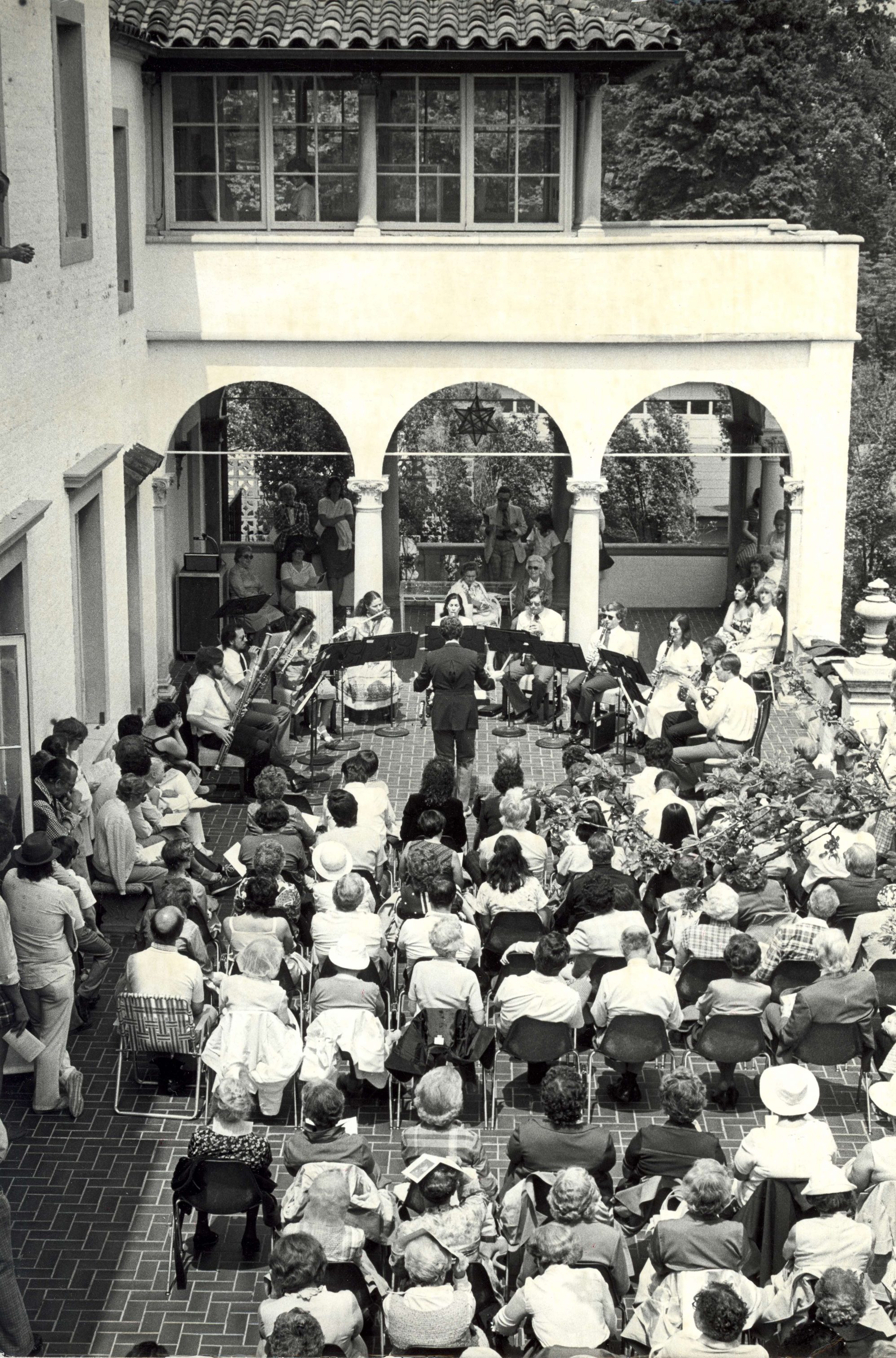 The Milwaukee Chamber Orchestra (MCO) grew out of the Villa Terrace Serenades, an outdoor summer series that began in 1970 at the Villa Terrace Decorative Arts Museum.[1] Stephen Colburn, the Milwaukee Symphony Orchestra’s principal oboist, organized and conducted those programs, which featured his fellow MSO wind players.

In 1974, Colburn launched the MCO as a year-round effort with about 30 players, most of them also Milwaukee Symphony members. The MCO played four to six concerts per year on that basis, mostly at the Marcus Center’s Vogel Hall (now called the Wilson Theater at Vogel Hall). Colburn’s tireless effort kept the MCO afloat, but the enterprise always struggled to make its modest budget, attract an audience, and maintain artistic standards.

In 1996, Wisconsin Lutheran College installed the MCO as orchestra in residence in its new Schwan Concert Hall. But the orchestra continued to struggle. In 2002, strained relations with the orchestra’s board led Colburn to resign. The board sought, but never found, a replacement. A board of players kept the institution alive for two more seasons, but the MCO abruptly canceled the final two concerts of the 2004-2005 and was dormant for two years.[2]

In June 2006, Richard Hynson, conductor of the Bel Canto Chorus, announced that the MCO would be revived with a new board, with Hynson as music director.[3] Through early 2015, Hynson led occasional concerts under the MCO banner, usually in conjunction with Bel Canto programs. In spring 2015, Hynson and the board turned the MCO over to a musicians’ group that transformed it into “Milwaukee Musaik,” which would stage various chamber-music events featuring local groups which on occasion would merge into a Milwaukee Chamber Orchestra.[4]