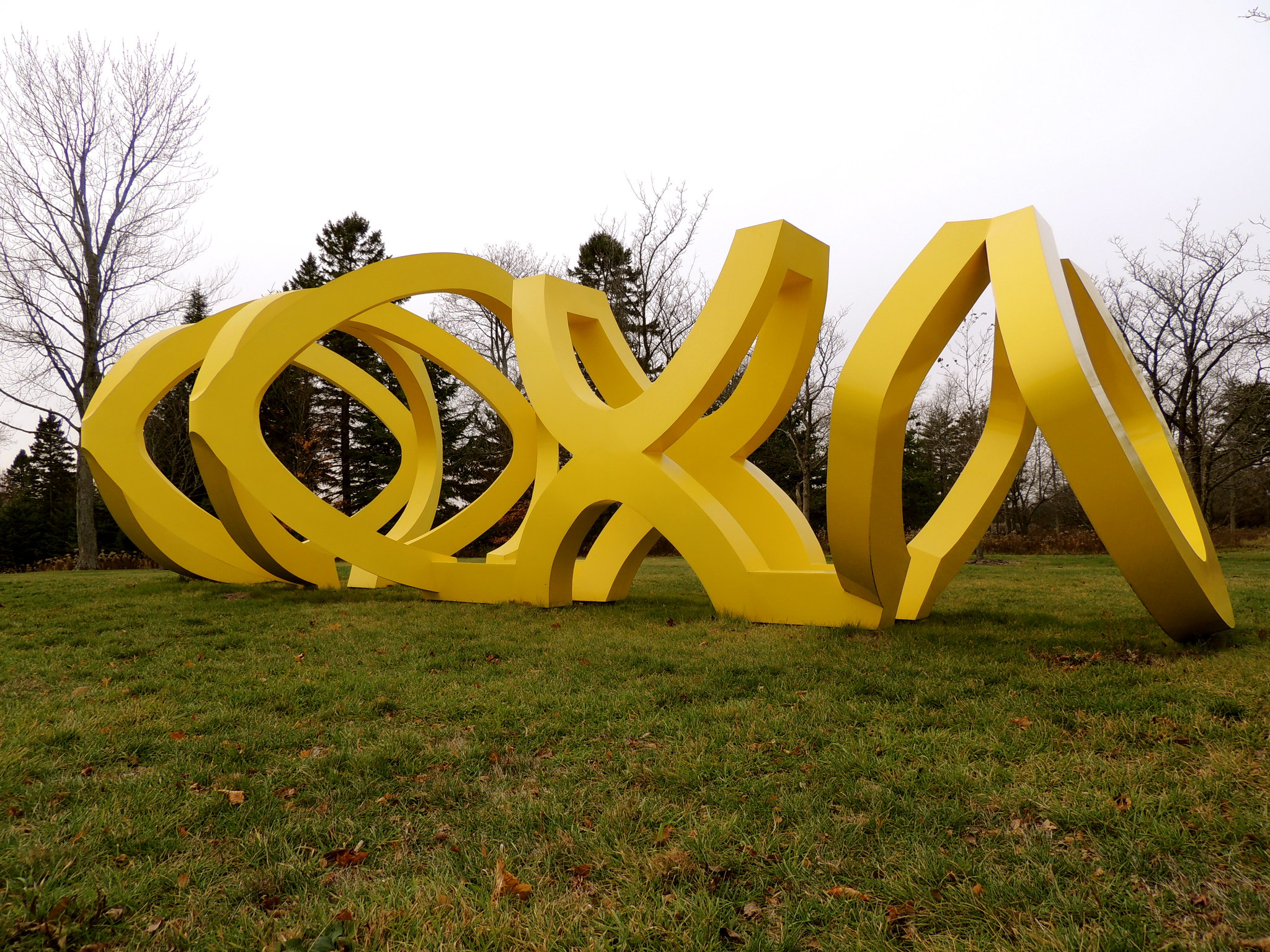 The Lynden Sculpture Garden (formerly the Bradley Sculpture Garden) is an outdoor sculpture garden located at 2145 West Brown Deer Road. The forty-acre property is home to over fifty sculptures, a three-acre lake, gardens, woodlands, and a renovated 1860s farmhouse. The Lynde and Harry Bradley Foundation administers the garden.[1]

In 1928, Harry Lynde Bradley, co-founder of the Allen-Bradley Company, and his wife Margaret purchased a forty-acre farm in River Hills. Intending for the property to be a private residence, the Bradleys invested considerable time and money into converting the farmland into an English-style country garden. Chicago landscape architects Langford and Moreau were tasked with transforming the Bradleys’ newly purchased farm. The centerpiece of their design was an artificial lake, complete with a waterfall and rustic wooden bridge meant to resemble the municipal grounds in Kansas City that Harry Lynde Bradley recalled from his childhood. In 1934, the Bradleys hired Carl Urban to oversee the planting of extensive garden beds, including a botanical garden that was discontinued by the start of World War II.[2]

The property began its path to becoming an outdoor sculpture garden in 1962, when Margaret purchased Bremen Town Musicians, a large bronze statue by Gerhard Marcks. Three years later, Harry died and Margaret began acquiring more works for her private sculpture garden while also developing a close relationship with the Milwaukee Art Museum. By the time of her death in 1978, the sculpture garden included sixty works by over forty artists.[3]

In 2007, the name of the property was changed to the Lynden Sculpture Garden. In 2009 the Bradley Foundation hired an executive director and opened the grounds to the public. The re-imagining of the sculpture garden also included hiring Uihlein-Wilson Architects to renovate the original 1860s farmhouse using sustainable building practices and update the facilities to house classrooms, conference rooms, studios, and a gallery. The Lynden Sculpture Garden officially opened to the public on June 2, 2010.[4]