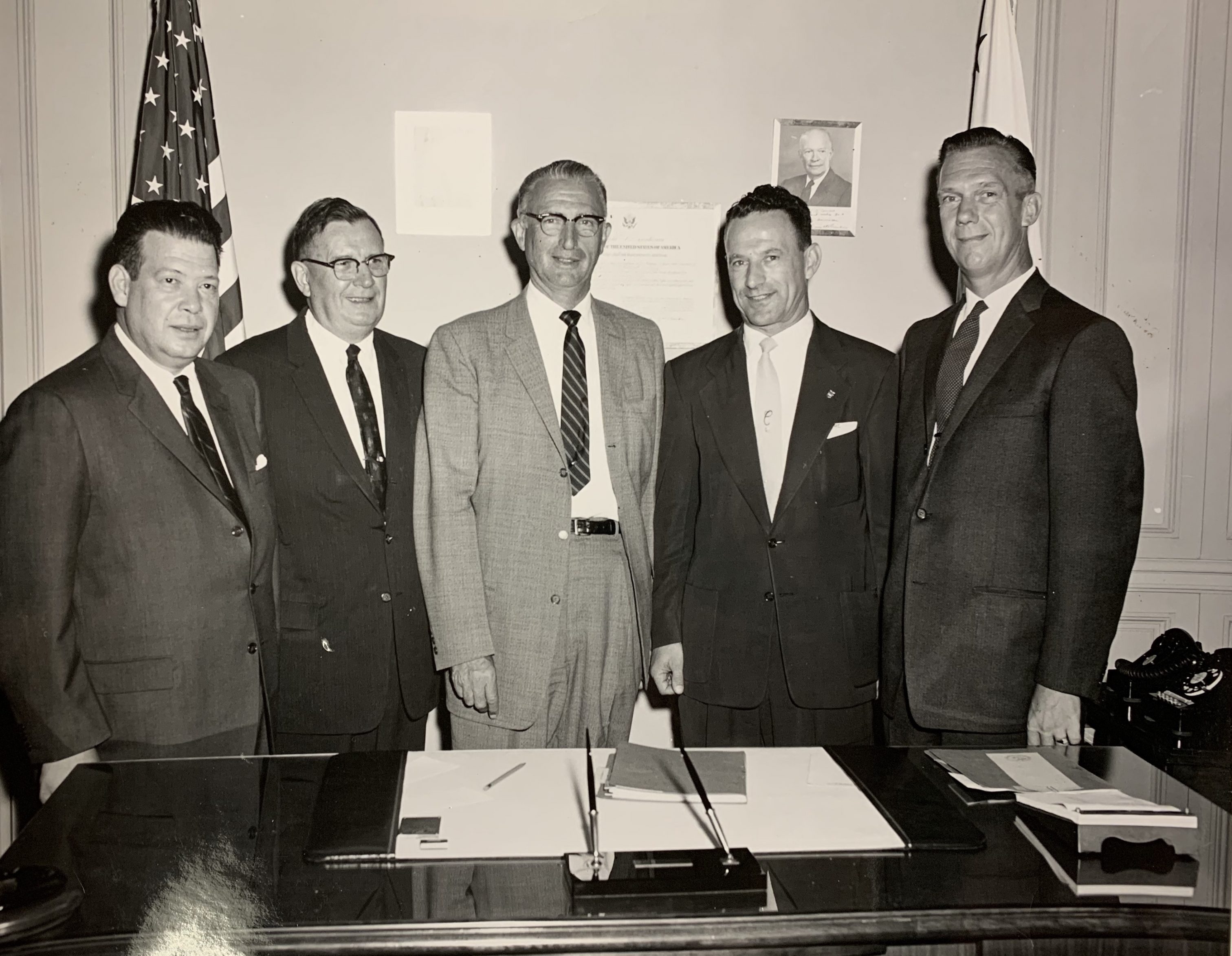 Jacob “Jake” Frank Friedrick (1892-1978) was a prominent labor leader and first president of the Milwaukee County Labor Council, significant public servant, and president of the University of Wisconsin System Board of Regents. Born in Perjamos, Hungary (now Periam, Romania), Friedrick migrated to Milwaukee with his family in 1904.[1] Friedrick began working as a teenager, lighting gas streetlamps on Milwaukee’s East Side, and then trained as a machinist at the Boys’ Trade School (later Boys’ Technical High School).[2]

Joining the International Association of Machinists (IAM) Lodge 66 in 1913 while working at International Harvester, Friedrick became a full-time union organizer by 1919.[3] He quit his union post to become a reporter for the Milwaukee Leader in 1929 and changed careers again in 1935 to become a general organizer and later Secretary-Treasurer of the Federated Trades Council (FTC).[4] After the AFL-affiliated FTC merged with the CIO-affiliated Milwaukee County Industrial Union Council to become the Milwaukee County Labor Council in 1959, Friedrick was elected its first president, serving until 1969.[5]

Friedrick also had a long and active career in public service, sitting on numerous state and municipal committees, including the Milwaukee Metropolitan Sewerage Commission, which he chaired from 1932-1965.[6] He also helped draft the state’s Unemployment Compensation Law, which passed in the early 1930s, and served on the Unemployment Compensation Advisory Committee from 1932-1974.[7] Friedrick was an important figure in education, as well, helping to found the University of Wisconsin School for Workers in 1922, and was the first union organizer to serve as president of the UW Board of Regents from 1962-1964.[8]