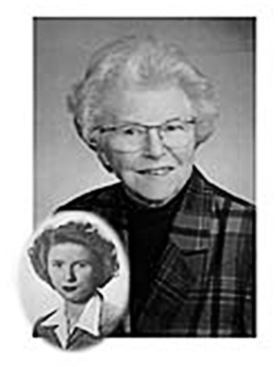 Catherine B. Cleary (1917-2010) was a formidable figure on a local and national scale, and a trailblazer for women in business. Born to a prominent family,[1] she intended to pursue a career in education and law.[2] When, despite her credentials, local law firms only offered her positions that did not take advantage of her legal training, she undertook a career in the corporate and banking world.[3] She became the first female board member for several national corporations[4] and retired as CEO of the First Wisconsin Trust Company in 1978.[5]

A lifelong philanthropist and advocate for women in business, Cleary was also deeply involved in health and educational issues. She led financial seminars for women, served on the board of numerous nonprofit organizations,[6] and as president of the National Association of Bank Women.[7] She was the first female Assistant Treasurer of the United States under President Eisenhower, a position subsequently abolished on her advice.[8] In her retirement she became an active student and teacher,[9] publishing several articles on women and Wisconsin’s legal history.[10]