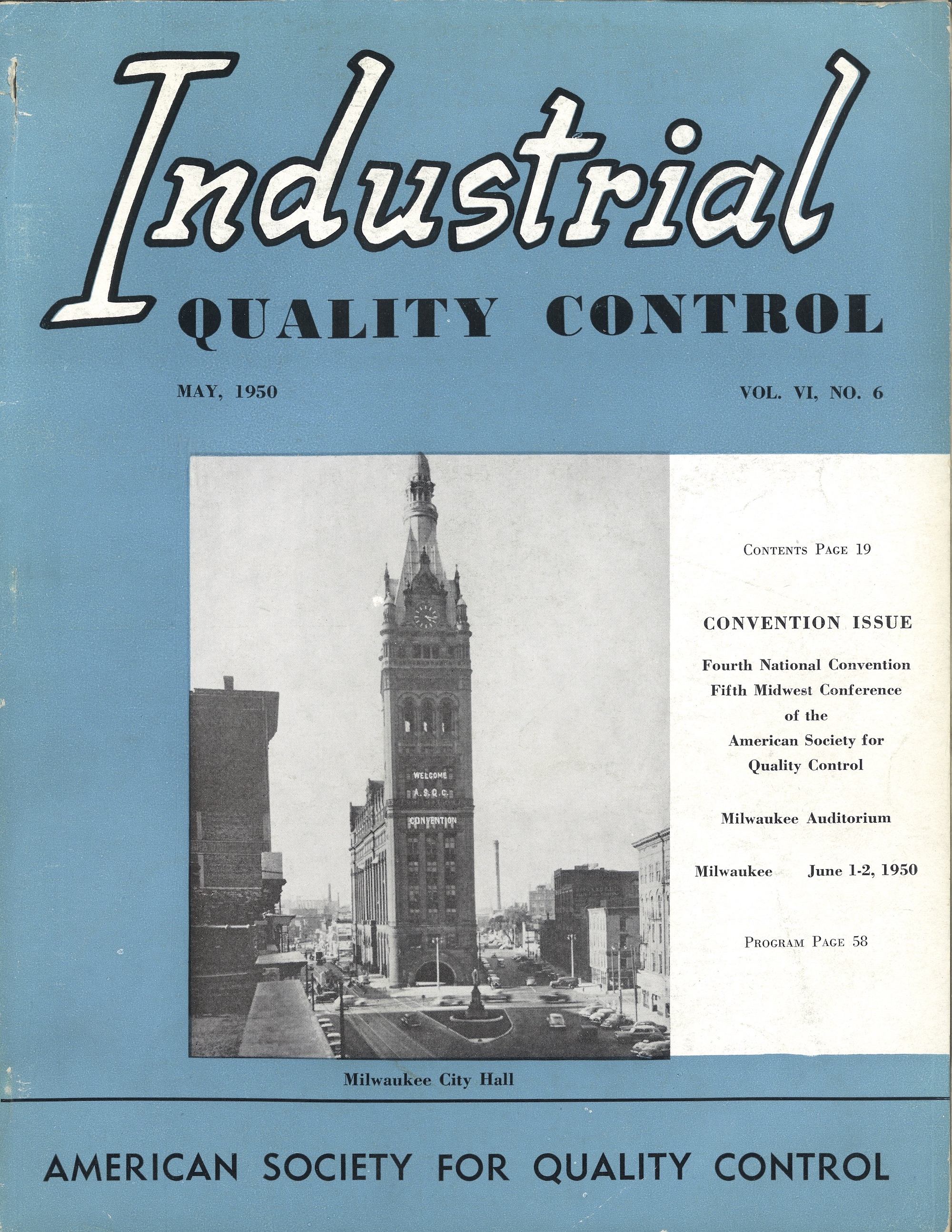 Headquartered in the former Gimbels Department Store building in downtown Milwaukee, the American Society for Quality (known as ASQ) is a professional association for over 75,000 quality assurance and quality control professionals.[1] As of 2016, the Society had 239 sections worldwide and 185 employees.[2] ASQ offers professional certifications, maintains the world’s largest quality-related publisher, and administers awards, including the United States Department of Commerce’s Malcolm Baldridge National Quality Award.[3]

ASQ arose from the World War II push for industrial standardization. Wartime training courses in quality control methods brought together statisticians from war production industries.[4] Desiring to develop and share best practices, these professionals founded a journal, Industrial Quality Control, and began calling for a national quality control association.[5] On February 16, 1946, seventeen regional societies and an additional twenty professionals joined together as the American Society for Quality Control.[6] The Milwaukee Society for Quality Control, formed in 1945, was among these founding societies.[7]

Milwaukeeans were prominent in the leadership of the American Society for Quality Control and Industrial Quality Control during the 1950s.[8] As membership grew, the Society consolidated its business operations in Milwaukee in 1956.[9] As part of the consolidation, the Society hired an Administrative Secretary to oversee the daily affairs that had become too numerous for the elected leadership.[10]